I just wanted to update people since my decluttering post was by far my most popular post ever. Apparently lots of people are in the same boat as me, standing in their living rooms, thinking, "Who sneaked into my house and dropped a bunch of stuff off? Reverse burglary!" I saw this article in the New York Times that also caught my eye. There apparently is a trend of people having to pay people to help them get rid of their stuff before they downsize.

I'm actually really happy with our decluttering. Even after the four suitcases of stuff for Moonpie arrived, we are in good shape in terms of space. We had to rearrange a bit, and I am continuing to declutter little by little, so we are surprisingly a-ok. My latest declutters have been our bedside drawers, which we never open or use but were stuffed full of who knows what. Got rid of most of that. Turns out we had 3 cell phones that didn't work. Why we threw them in there is beyond me.

I also made a difficult decision to get rid of some hand-me-downs given to Moonpie. They were all so cute, but for older children, minimum 5 years old, so I realized that I would be storing them for at least 4 more years, but we need space now. We're also tentatively planning on moving in the next 2 years, so the thought of storing and moving things that she may or many not use in 4 years was sounding more and more ridiculous. I sorted through everything, kept some things that she could use now, tossed some random things, and passed on most of it to a little 5 year old girl who REALLLLY appreciates it. Toys should be played with, clothes should be worn, and I felt a little selfish keeping these items for my daughter who already has more toys and clothes than she really needs. However, I also felt bad knowing that they were given to us for Moonpie to enjoy, but we passed them on. Oh well.

So, after the dust settled I decided to make the bathroom my next goal for decluttering. I had a sneaking suspicion that I don't use 90% of my makeup. I use 4 items every day, but had to scratch and claw through a huge pile of other things to find them...everyday. It was time. Here was the result: 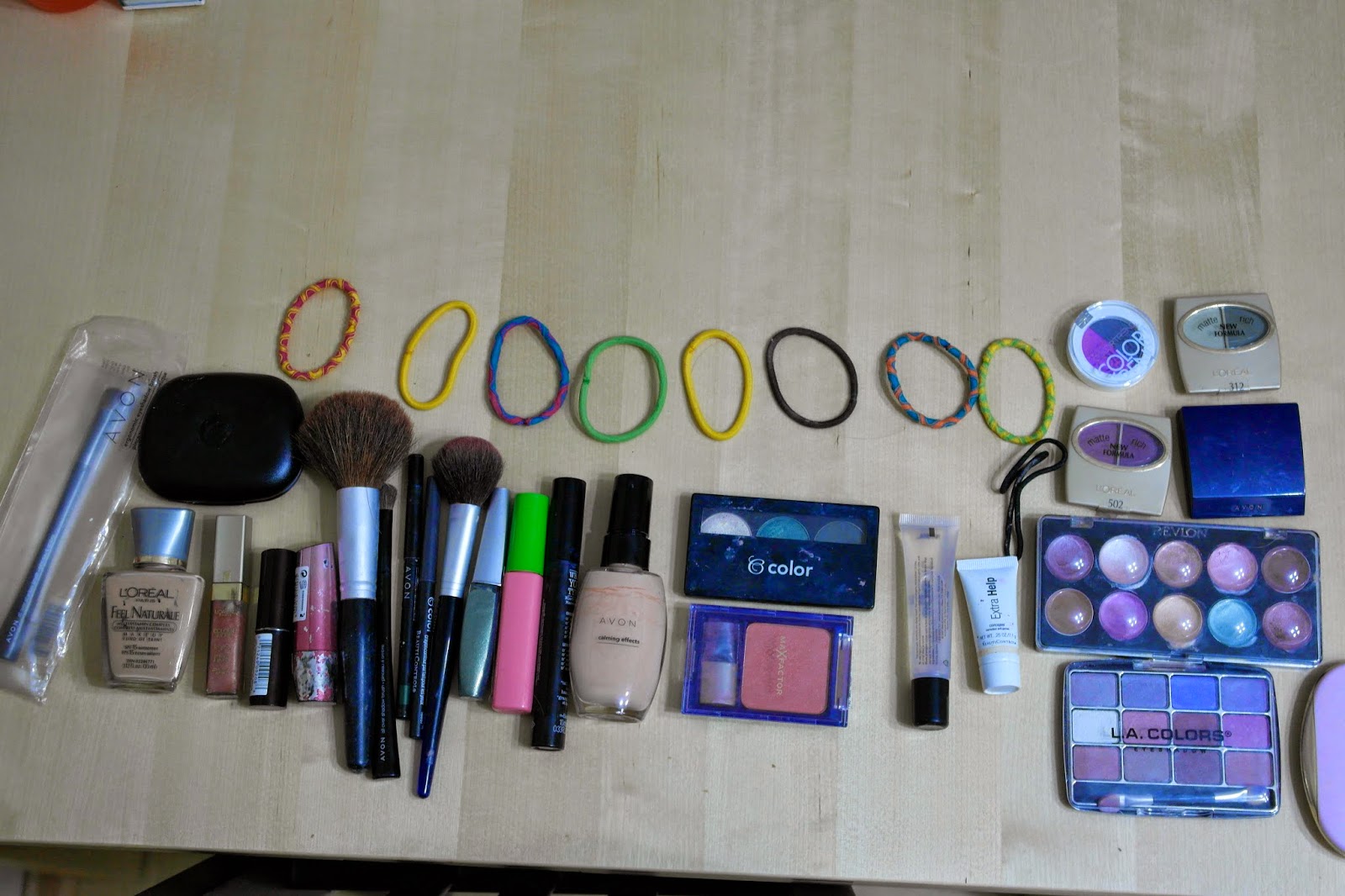 What I usually use daily: 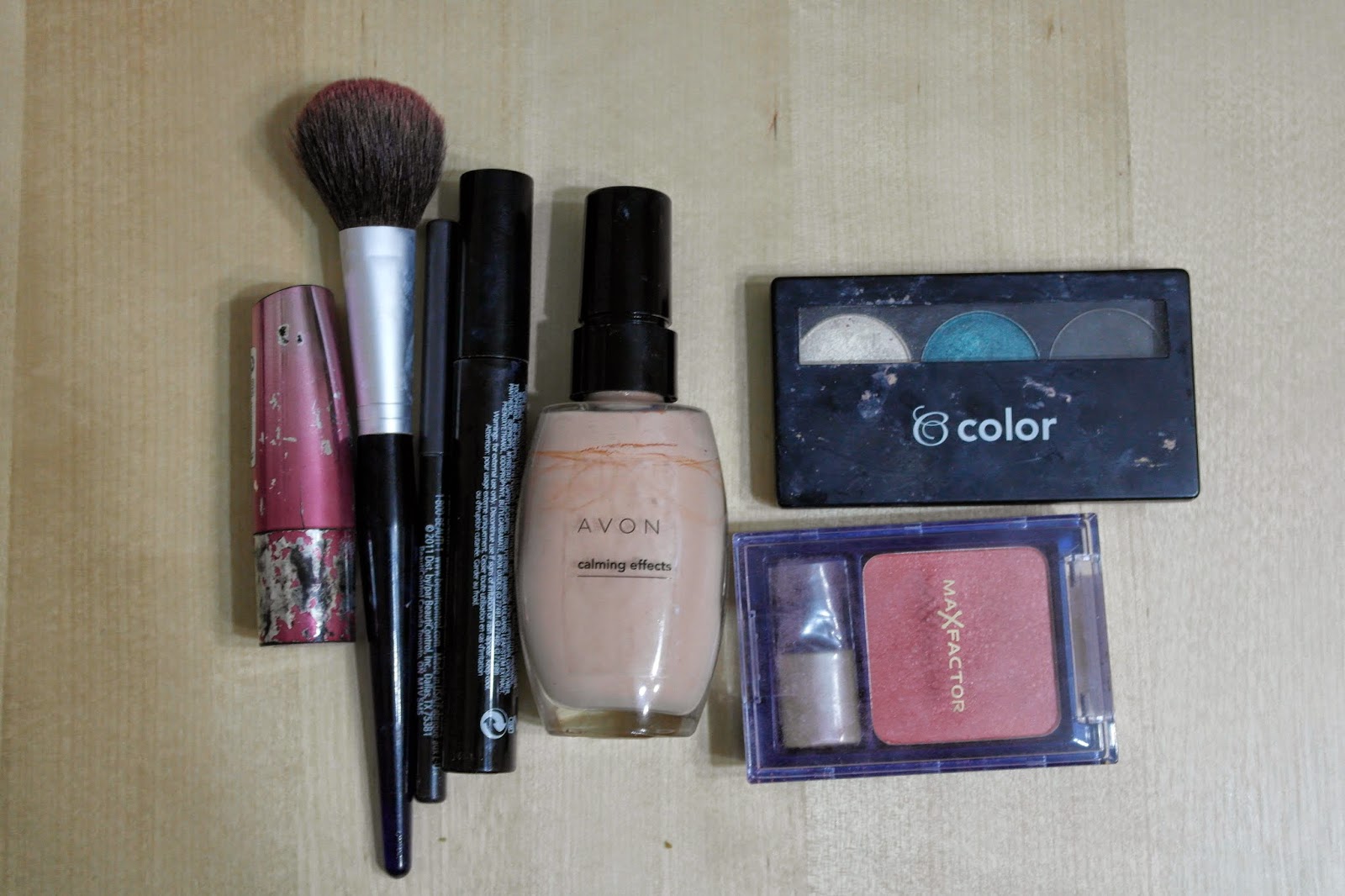 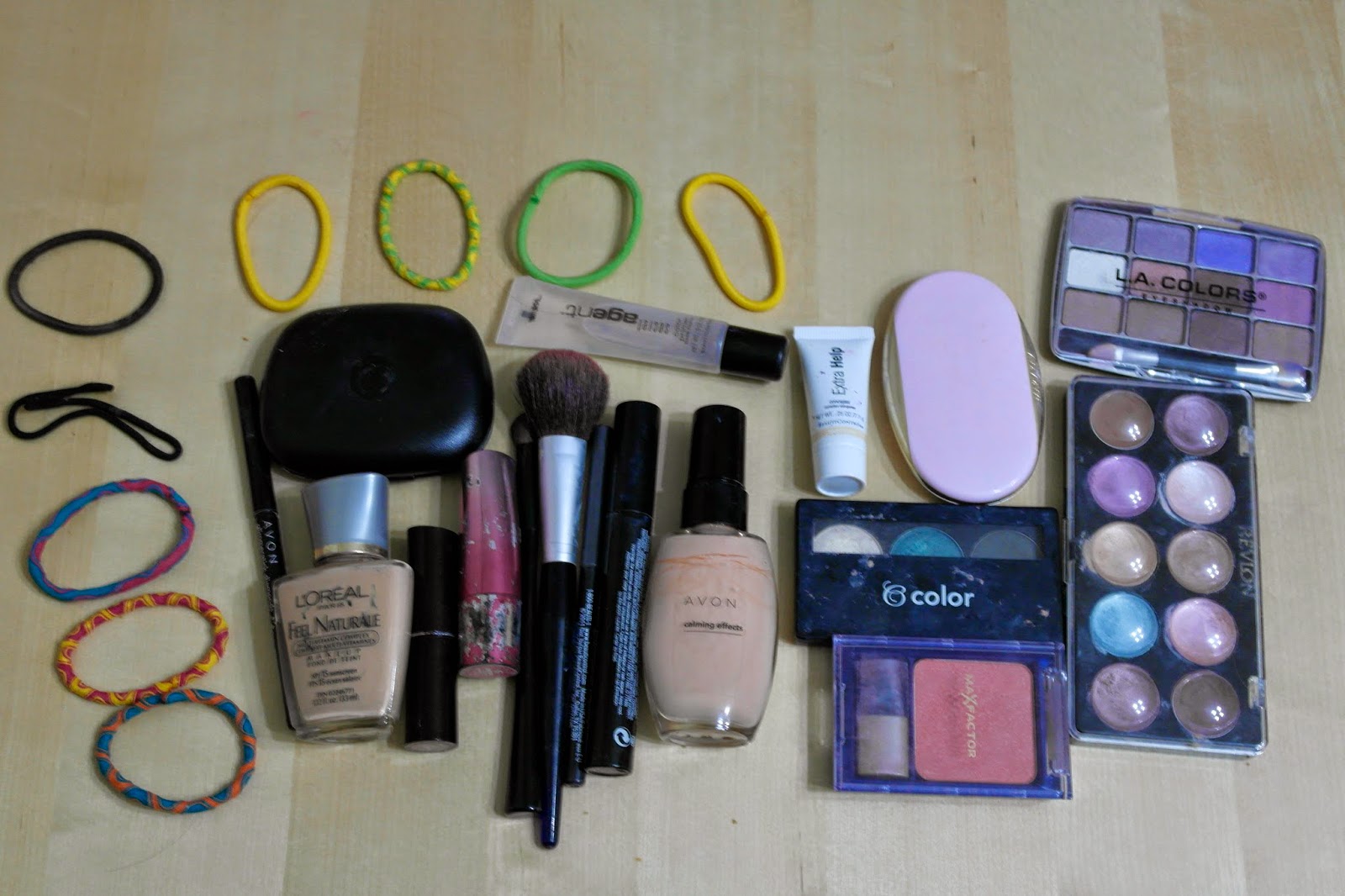 I still have too much eye shadow, considering I don't really use it. At least I've pared down, and I can revisit that later.

So, there's my decluttering update. A few of you let me know that you were inspired to declutter after reading my post and The Simple White Rabbit.


How is your decluttering going? Updates, please!

Email ThisBlogThis!Share to TwitterShare to FacebookShare to Pinterest
Labels: inspiration

Marie
I'm an American raising a family in Turkey. I love God, my husband, my family, my friends, sewing, gardening, reading and writing. I sometimes love, sometimes deal with my adopted home. This life keeps me in stitches!

Get Updates by Email